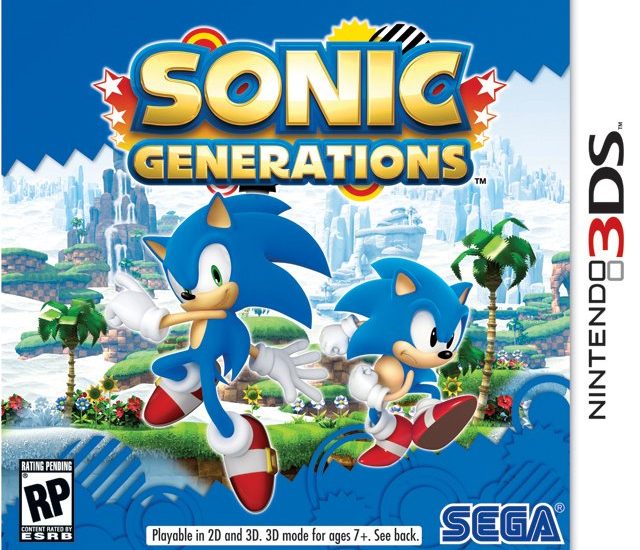 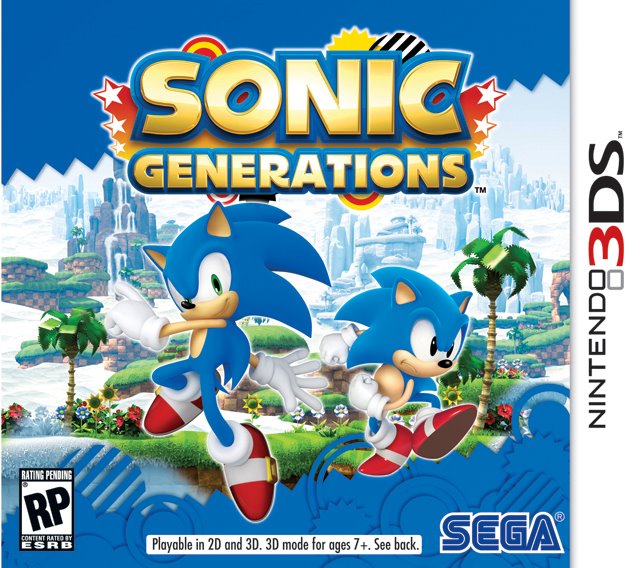 I grew up on Super Nintendo. I was one of those kids that told Genesis fanboys to shove it while I enjoyed the beauty of Yoshi’s Island. I was all about SNES back in the day, until sometime in early 2000 when I went to a friends’ house to check out some of his stuff. When I asked what that squarish white console was that he had hooked up, he just replied, “Check this out, it’s awesome.” I was taken in by that orange swirl and the chilling sound it made, but then I was presented with a beautifully low-poly CGI video of a city, any major metropolis in America, peaceful, tranquil… when suddenly, water spewed from the sewer, smashed out the windows of skyscrapers and sent many people to their doom. The music got faster and faster as flashes of a familiar yet foreign blue blur came and went, and then when the tune came to the climax of its tension… a beast of gelatinous water bust from a skyscraper, shrieking his terrifying shriek. As the intro rolled on, I was presented with a cast of characters completely foreign to me, save for Miles Prower. Then, at the end… I saw it. I saw that blue blur standing on his own, looking totally badass and ready for anything. From that day on, I was a Sonic fan. Since then, I’ve played nearly every main Sonic game, been through his ups and downs, and really enjoyed the 2010 renaissance. Then came Generations. A collection of some of the best levels over the years, re-imagined for the HD era. Provided Sonic’s amazing handheld track record, I thought the 3DS would be an expansion of sorts; new stages just in portable form. Then I found out Emerald Coast was in the game, and I had to plunk down the change.

Despite its flaws, I thoroughly enjoyed the console version of Sonic Generations. Sadly, this isn’t anywhere near the same level. While the clever writing will put a smile on your face or even make you laugh out loud, the mediocre presentation and lackluster (read: lazy) level design really brings this down. I was pretty disappointed. In Generations, you can play as both classic Sonic, and the modern green-eyes Sonic. Each level has three stages; one for each Sonic and one for a Chaos Emerald. The overworld layout connecting each stage is very bland and simple. It follows the console version’s idea of ‘colorizing’ the stage’s overworld icon after you complete both levels, but aside from that, it’s just baren. Everything is menu-driven. Use a menu to access missions, use a menu to select a stage, use a menu to choose a Sonic… you get the idea. The console version shared the simple overworld design, but threw in explorable areas that contained the side missions for flavor, and let you run around as a Sonic on the overworld map. This is fully technically possible on 3DS, and if the game weren’t rushed, I’m certain it would have been more like its console counterpart.

Overall, the level design is very basic. All levels are in the same ‘2.5D’, aside from some few rare segments that will throw the camera around modern Sonic to liven things up, but the environments are bland and backgrounds just downright lazy. None of the levels seemed truly inspired, leaving the whole project feel rushed and incomplete. There are the occasional difficulty spikes that stem from bad level design. I experienced many a game over from the Radical Highway stage, yet the two stages afterwards were pretty much a breeze. The levels included range from Green Hill Zone ala Sonic 1, to the Tropical Resort from the amazing Sonic Colors. The project seemed to shift from E3’s description, in which the 3DS version would use only levels from the handheld Sonics, to be more like the console version, explaining the rush and lack of polish. The only true stage to make it out of a handheld Sonic game was from Sonic Rush, a great game in its own regard, but a terrible re-working of the level design. The stage based on Sonic Colors uses elements taken from both the Wii and DS versions of the game, and the final boss has segments that are straight lifted from the final boss of the DS version of Colors.

I know I’m rambling a bit, but bare with me. We’re almost done. The sound design is rather good, though lifted almost entirely from the console version of Generations. While you can’t change the songs that play in each stage like on console, the remixes here aren’t too bad. Not that great, but not too shabby. The most memorable one would be the swinging jazz remix of modern Sonic’s Casino Nights stage. On the flipside though, Mushroom Hill and Emerald Coast’s songs were hardly touched. Not a terribly bad thing, but… could have been better. The little voice clips during the nearly still ‘cutscenes’ weren’t bad either. It does kind of ring a bit of shock hearing Sonic say “Darn it!” while you’re reading.

Overall, the game will bring a smile to any Sonic fan’s face with its humor and chili dogs. It feels very rushed, unpolished, and has difficulty spikes that can put some people off, and the short sampling of levels really hinders it. The missions add play time, but they’re generally not fun and don’t add to the experience at all. Ultimately, it just makes you want to play the original levels from their respective games, as they are much much better than the mediocre offers here. It’s a fun little game if you’re in the mood for some portable nostalgia, but I can’t recommend it to a newcomer who can’t appreciate Sonic’s mixed history.